Metalico intends to be the recognized leader for performance and innovation in the metals recycling industry. In addition, the Company strives to be viewed as the best in the eyes of our business constituents, employees, shareholders, and the community at large.

Metalico aims to become the preeminent, vertically integrated, regionally focused metals recycler. We work in partnership with our suppliers and consumers to be the recognized leader in all the markets where we operate.

Metalico is a leading full-service, broadly diversified scrap metal recycler, principally operating in the Northeastern United States. Our scrap operations source, buy, process, and sell four distinct groups of commodity metals for use in the manufacture of new products:

Metalico's strategy is to grow by acquisition, and more recently, through emphasis on organically developed internal initiatives.

Metalico executes this strategy by carefully locating platform businesses to acquire that we can leverage to increase market penetration by adding tuck-in acquisitions to enhance our competitive advantage. We then look to exploit synergies in transportation, cross-selling among operations and working to realize operating efficiencies.

We seek internal growth and expansion opportunities in contiguous geographic markets in order to maximize market share and profitability. 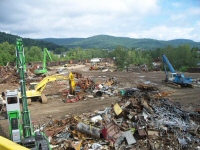 The Company looks to mitigate commodity price risk by diversifying across several commodity metals and through rapid turnover of its inventories. Metalico seeks to have a dominant position in the markets in which it operates, and to be the standard-bearer for customer service and quality assurance in the value-added products that we fabricate.

The scrap is sorted and prepared for sale to mills, furnaces and foundries. Two of our facilities, located in Syracuse, NY, and Gulfport, MS, process used catalytic converters, recycling platinum, palladium, and rhodium, known as PGM's (Platinum Group Metals). 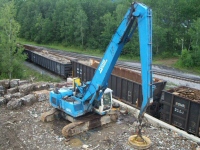 Metalico operates three automobile shredders. Our first is located on Neville Island near the city of Pittsburgh which serves as the platform for the Southwestern Pennsylvania operations. We operate another shredder in nearby Youngstown, Ohio, which serves as a platform for four Ohio facilities. Our newest shredder, located in Lackawanna, New York, provides an outlet for thirteen facilities in surrounding Upstate New York and Northwestern Pennsylvania.

Metalico has earned a reputation for professionalism and trust with consumers and other large metal buyers. Mills and metal buyers know that Metalico delivers quality materials with exceptional reliability. This means that scrap suppliers can rely on Metalico to accept materials at a fair price, in both up and down markets.

Metalico and the Environment: 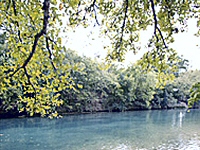 The U.S. Environmental Protection Agency (EPA) recognized the Company's use of renewable wind energy and named Metalico as a Green Power Partner. Metalico will continue to contribute to efforts to use renewable energy, reduce pollution and encourage recycling.

Michael J. Drury was appointed President and Chief Executive Officer in January 2018. He had been an Executive Vice President of the Company since our founding in August 1997 and a Director since September 1997. He served as our Secretary from March 2000 to July 2004. From 1988 to 1997, Mr. Drury was Senior Vice President, Chief Financial Officer, and a Director of Continental Waste Industries, Inc. He has a degree in accounting and is experienced in acquisition development, investor relations, operations, and debt management.

Kevin Whalen was appointed Senior Vice President & Chief Financial Officer in June, 2012. Kevin joined the Company in July 2004 as Corporate Controller. From 2000 until that time he served as Finance Manager of Ivoice, Inc. in Matawan, New Jersey. From 1996 to 2000 Mr. Whalen served as Corporate Controller for Willcox & Gibbs in Carteret, New Jersey. His responsibilities at Metalico include financial statement preparation and SEC reporting. Mr. Whalen is a Certified Public Accountant.

Pete Meyers is a Director and Vice President of Ferrous Sales and Marketing. Drawing on his 25 years experience in the scrap metal industry Mr. Meyers is responsible for all domestic and international ferrous sales for the company. Before joining Metalico he served as Vice President –Trading at Protrade Steel Co. directing the domestic scrap brokerage division. Prior to joining Protrade Pete was Vice President Trading –Eastern Region for Tube City and was responsible for all trading in the mid Atlantic and New England states as well as two operating plants. He began his career with the David J Joseph Company as a ferrous trader.

David DelBianco was appointed Vice President of Business Development in August 2006. He joined the Company in April 2004 in the function of Operations and Business Development. From 2001 until that time he held the position of Controller and Vice President of PSEG Asset Management, Inc. in Newark, New Jersey. Mr. DelBianco held the position of Controller with Continental Waste Industries, Inc. in 1994, and remained with Republic Services, Inc through 2001 after the merger of those two companies in 1997. His duties at Metalico include acquisition development, operations, and information systems. Mr. DelBianco is a Certified Public Accountant.